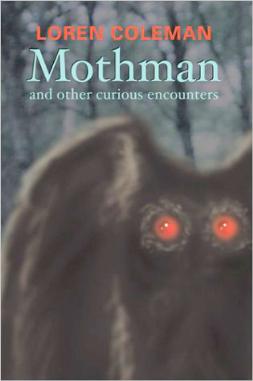 Mothman and Other Curious Encounters
by Loren Coleman

“After a lifetime of research, Loren Coleman has produced
the most complete overview of Mothman and its minions
–the scariest family of monsters on Earth.”
–John A. Keel, author of The Mothman Prophecies

As 2002 opens, all the buzz is about Richard Gere in the new Mark Pellington-directed psychological thriller, The Mothman Prophecies.  This cinema event will go far beyond the consciousness of those interested in the unexplained, forteana, and cryptozoological investigations.  Mothmanmania is on its way.

In conjunction with the renewed interest in the topic, Paraview Press has published an original book,Mothman and Other Curious Encounters.

Order it from Amazon today!